All Exam Important Question And Answer by Gujarat Government 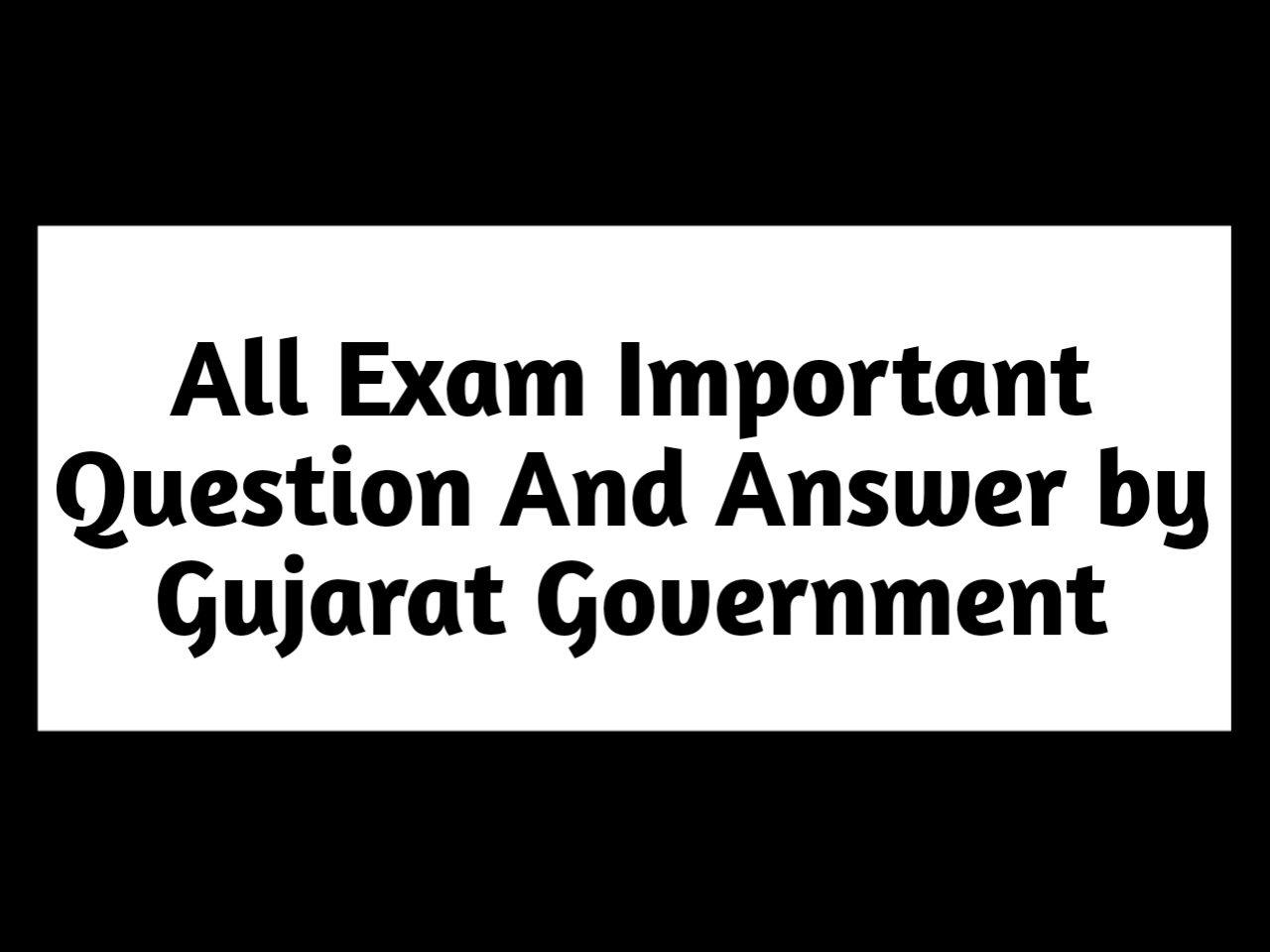 1) The district with the largest area in Gujarat ?

2) The highest producing district of Bajra in Gujarat ?

3) The region between Banas and Saraswati river of Patan district ?

4) The first district in Gujarat in wheat cultivation ?

5) The district with the highest male literacy in Gujarat ?

6) What is the headquarters of Sabarkantha district?

7) Where is the “Tribal Folk Art Museum” located?

8) What was the ancient name of Lunawada taluka?

9) In what year was Champaner declared a World Heritage Site by UNESCO?

10) What is the highest peak of Mandav hills?

11) What is the highest peak of Jessore hills?

12) Which is the longest river in Gujarat?

13) Which is the largest river in Gujarat?

14) Which is the district with most talukas in Gujarat?

15) Who is the author of “Ghar Gharni Jyot” Katar?

16) Zulhan Goswami is associated with which sport?

17) Who was the first woman Governor of Gujarat?

18) Who was the first woman minister of Gujarat?

19) The river Pandya is associated with which region?

20) Where is Lucky Film Studio?

21) What is the old name of Champaner?

22) Which river originates from Pavagadh hill?

23) Where are the hot springs located in Pachmahal district?

26) Which tank is located in Champaner?

27) Which dairy is located in Godhra?

28) What is the ancient name of Dahod?

29) Limkheda taluka is famous for which honey?

30) Where is Dharamsinh Desai University located?