All Exam Important Questions And Answer 2021 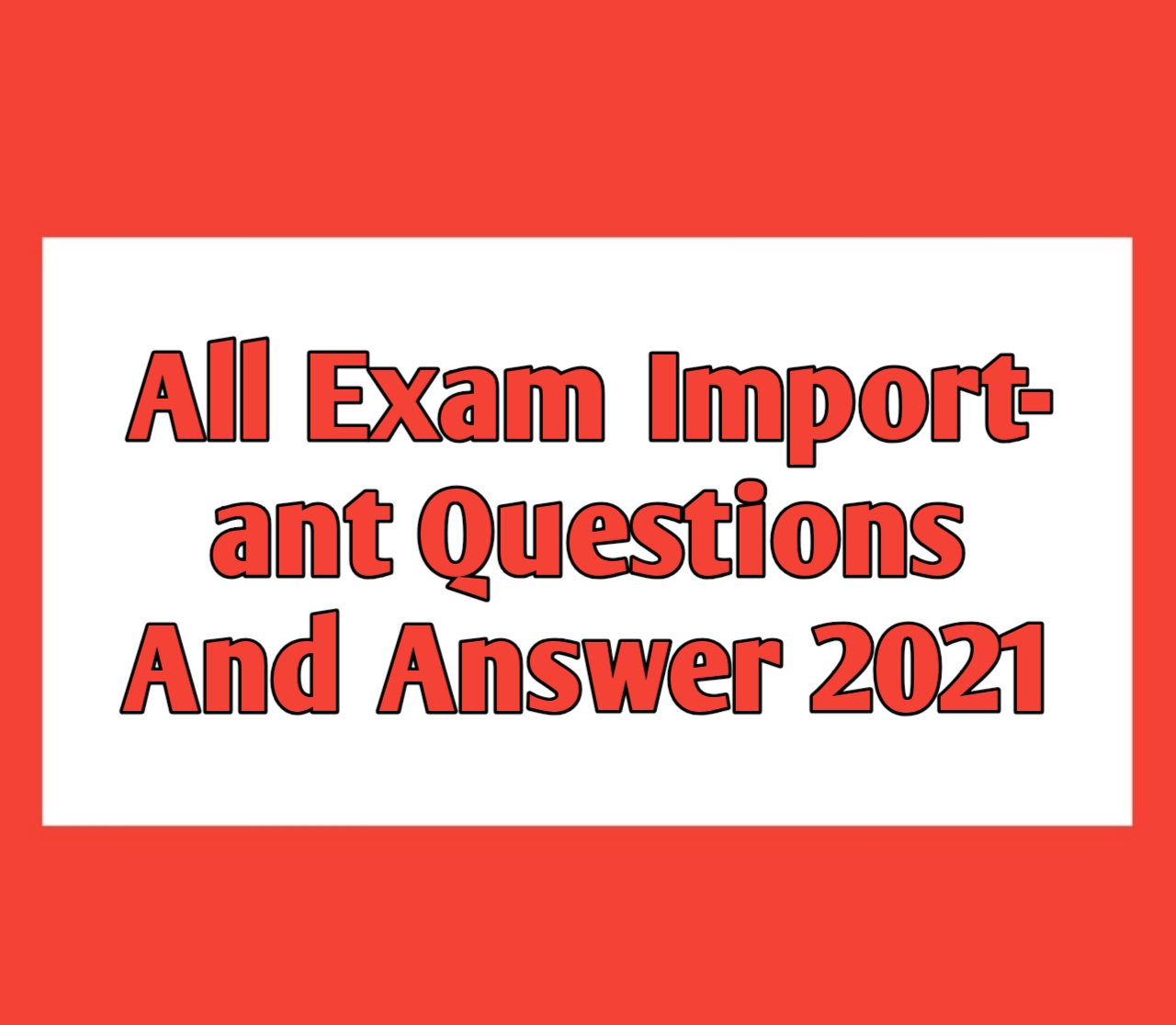 1) The book titled ‘Jubilee of Cricket’ is written on which cricketer?

2) By what name is the region known as ‘Dandakaranya’ in ancient times known in modern Gujarat?

3) Which book did Ravi Shankar Maharaj deliver from house to house for the fight for Swaraj?

4) What was discovered by Brahmagupta who was born in Bhinnamal which was once a part of Gujarat?

5) Which full moon night festival is celebrated in Raliyamana desert of Kutch?

6) Which city is known as the largest center of cumin and anise trade in Gujarat?

7) Which poet has experimented with liquefying the earth verse?

8) Which player from Gujarat has successfully played the role of coach of Indian cricket team?

9) Which is the largest port in Saurashtra?

10) What is the famous place for weightlifting in Gujarat?

11) What is the favorite food of bears?

12) The name of Pipavav port is associated with the name of which royal saint of Gujarat?

13) What work did Zaverchand Meghani compose after seeing the corpse of a martyred freedom fighter?

14) Where did Ashtavakra Muni compose the Gita expressing his opinion?

15) Where is the first Nature Education Center of Gujarat?

16) Who led the separate formation of Mahagujarat?

17) In which book of Mahatma Gandhi is the incident of Satyagraha against the apartheid policy of the British?

19) Which chess player from Gujarat was the first to win the Women’s International Masters?

20) Which ancient temple is located in Bhujia fort of Bhuj?

21) Which Gujarati was honored to be the Chairman of the International Atomic Energy Agency (Vienna)?

22) The daughter of which prince of Gujarat is married to Shammikpur?

23) Where is the ‘Gas Cracker Plant’ located in Gujarat?

24) When did television start in Gujarat?

25) Who founded the Eklavya Archery Academy?

26) Who built the Mahatma Gandhi Kirti Mandir in Porbandar?

27) Who is considered as the ‘Father of Fiction’ in Gujarati literature?

30) The festival of Shivratri is going to bring a radical change in the life of which Panota son of Gujarat?

31) Where did the de-addiction campaign first start?

32) Where is the Palli festival celebrated on the day of Noam during Navratri?

33) Who is the only player to win all categories and all games in Gujarat Chess Open State Championship?

34) Who is known as ‘Adi Vivachak’ in Gujarati literature?

35) The famous medieval poet Bhalna translated the prose of which Sanskrit text by Mahakavi Banabhatta?

36) Ambaji Tirth is located in which mountain range?

37) Which place in Gujarat ranks first in the country in the production of diesel motors?

38) Where is the thermal power station of Gujarat located?

39) What is the largest hospital in Asia?