Gujarat General Knowledge questions and answers important for all exams 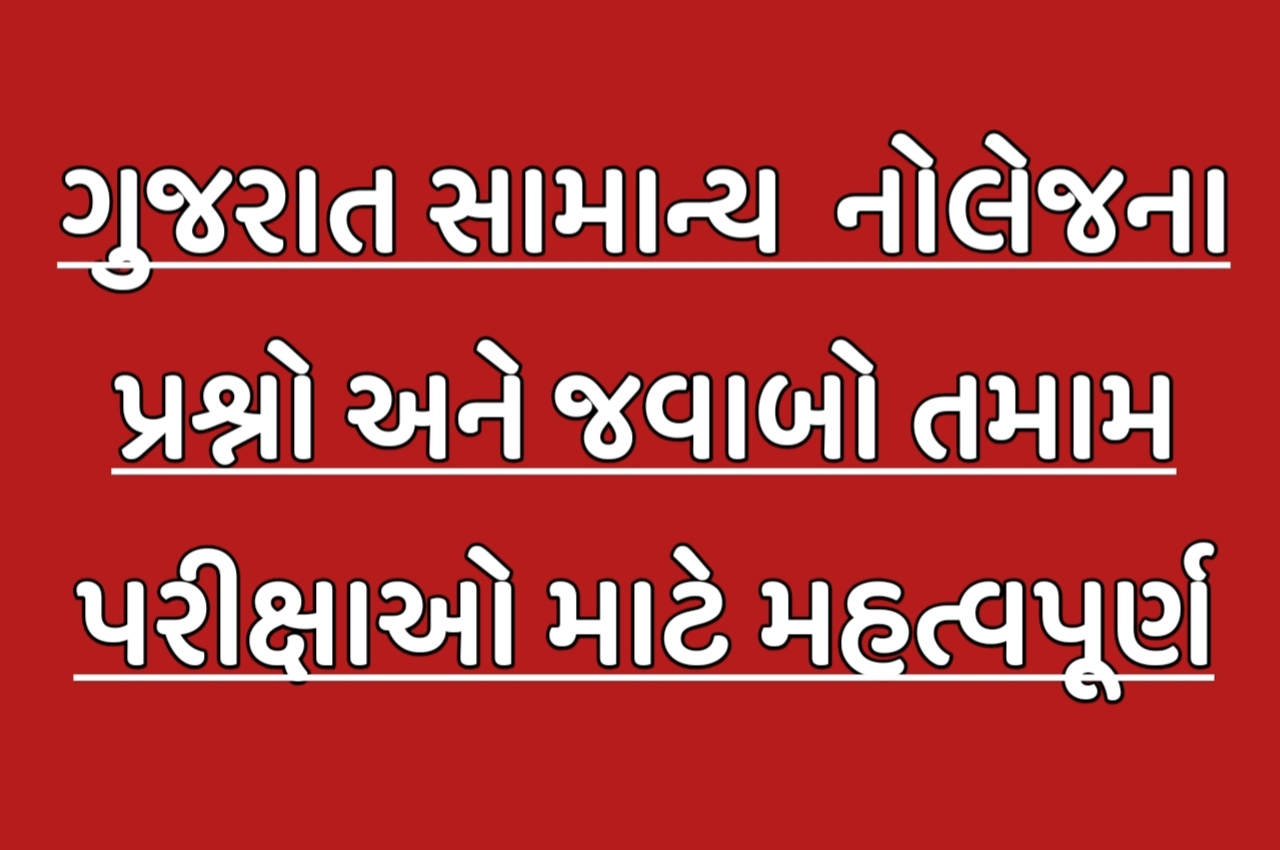 4) Who gave land to Guru Ramdas to establish Amritsar

9) Which Guru of Sikhism was hanged by Jahangir?

10) Which Sikh guru was hanged by Aurangzeb for not accepting Islam?

11) What is the name of Gandhiji’s house in Mumbai?

12) Who is considered the ‘spiritual heir’ of Gandhiji

13) Gandhiji lived according to which scripture he brought to life

14) In which city did Gandhiji shave his head forever and adopt potty in his attire?

15) In the book ‘In the Shadow of the Mahatma: A Personal Memory’, which businessman describes his experiences with the Mahatma?

16) Who instructed Gandhiji to keep the symbol of freedom movement ‘Chakra’?

18) Which train was started by the railway department to travel to places connected with Gandhiji’s life, Kavan and Satyagraha?

19) Who was the first Chinese pilgrim to visit India?

20) In which state was Adi Shankaracharya born?

21) Who established the Gupta dynasty in India?

22) In which Veda do we get information about medicinal plants

23) Where did Mahavira Swami attain Nirvana?

25) Where did Muni create Sankhya Darshan?

26) Who started the Gurmukhi script?

27) Which monastery was first established by Shukracharya?

28) Who completed the construction of Qutub Minar?