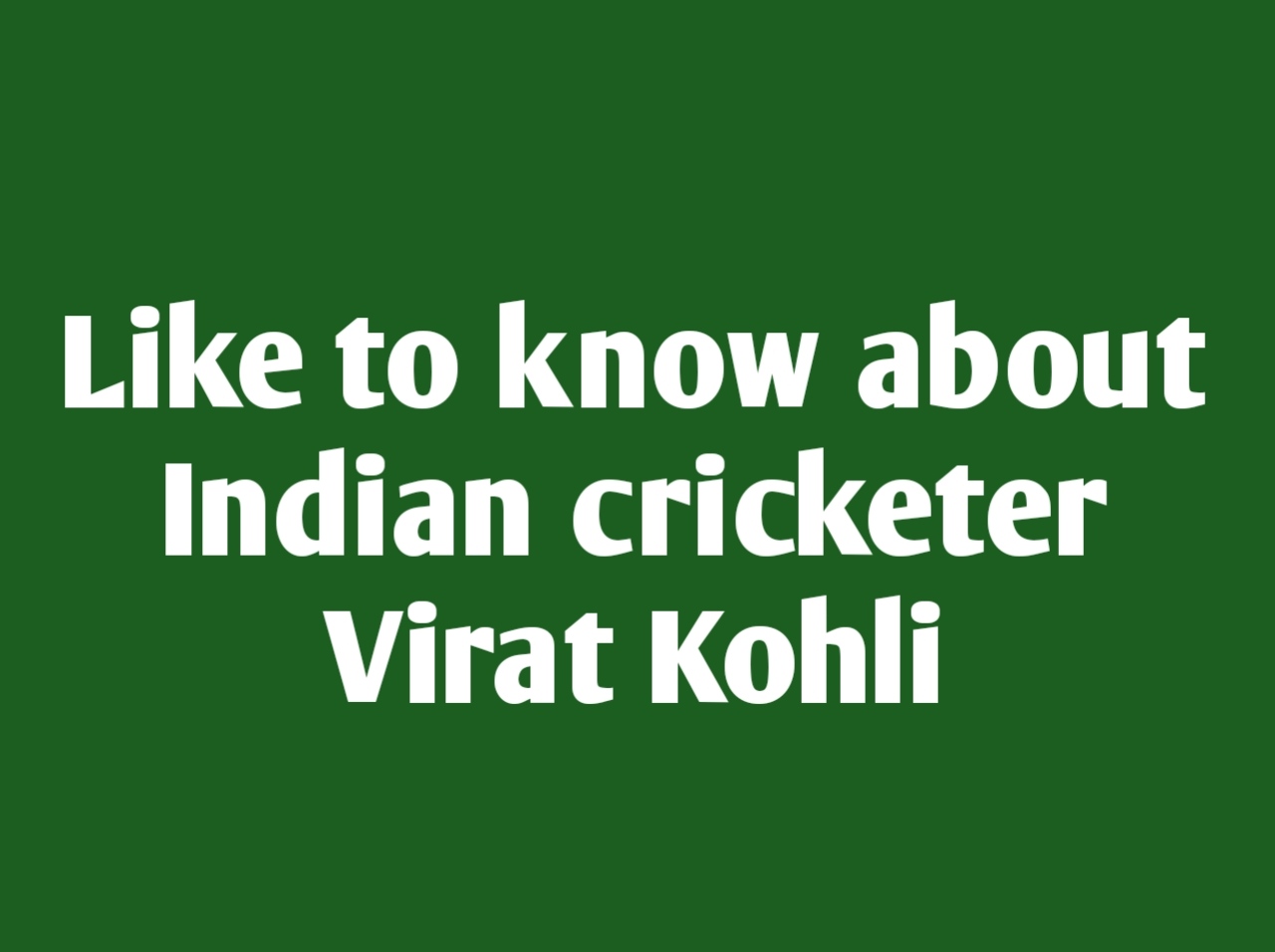 ▶Right-handed top-ranked batsman, Kohli is considered to be the best batsman in the world.

▶ He plays for Royal Challengers Bangalore in the Indian Premier League (IPL) and has been the captain of the team since 2013.

▶Since October 2017, he has been the top ranked ODI batsman in the world and is currently ranked first in the Test rankings with 928 points.

▶Kohli captained India to a Under-19 victory at the 2008 Under-19 World Cup in Malaysia, and a few months later, at the age of 19, made his ODI debut for India against Sri Lanka.

▶After initially playing as a reserve batsman in the Indian team, he soon established himself as a regular in the ODI middle-order and was part of the team that won the 2011 World Cup.

▶ He made his Test debut in 2011 and by 2013 had pulled the tag of “One Day Expert” with Test centuries in Australia and South Africa.

▶After topping the ICC rankings for ODI batsmen for the first time in 2013, Kohli also found success in the Twenty20 format, winning the Man of the Tournament twice in the ICC World Twenty20 (2014 and 2016).

▶Kohli was appointed as the vice-captain of the ODI team in 2013 and was given the Test captaincy after Mahendra Singh Dhoni retired in 2012.

▶In early 2017, Dhoni stepped down and became the over-captain.

▶Kohli has the second highest century in ODIs and the highest run-chase century in the world.

▶ Kohli is the recipient of many awards like Sir Garfield Sobers Trophy (ICC Cricketer of the Year). )

▶ He was awarded the Arjuna Award in 2013, the Padma Shri in the Sports category in 2017 and the Rajiv Gandhi Khel Ratna, India’s highest sporting honor in 2018.

▶In 2018, Time Magazine named Kohli one of the 100 most influential people in the world.