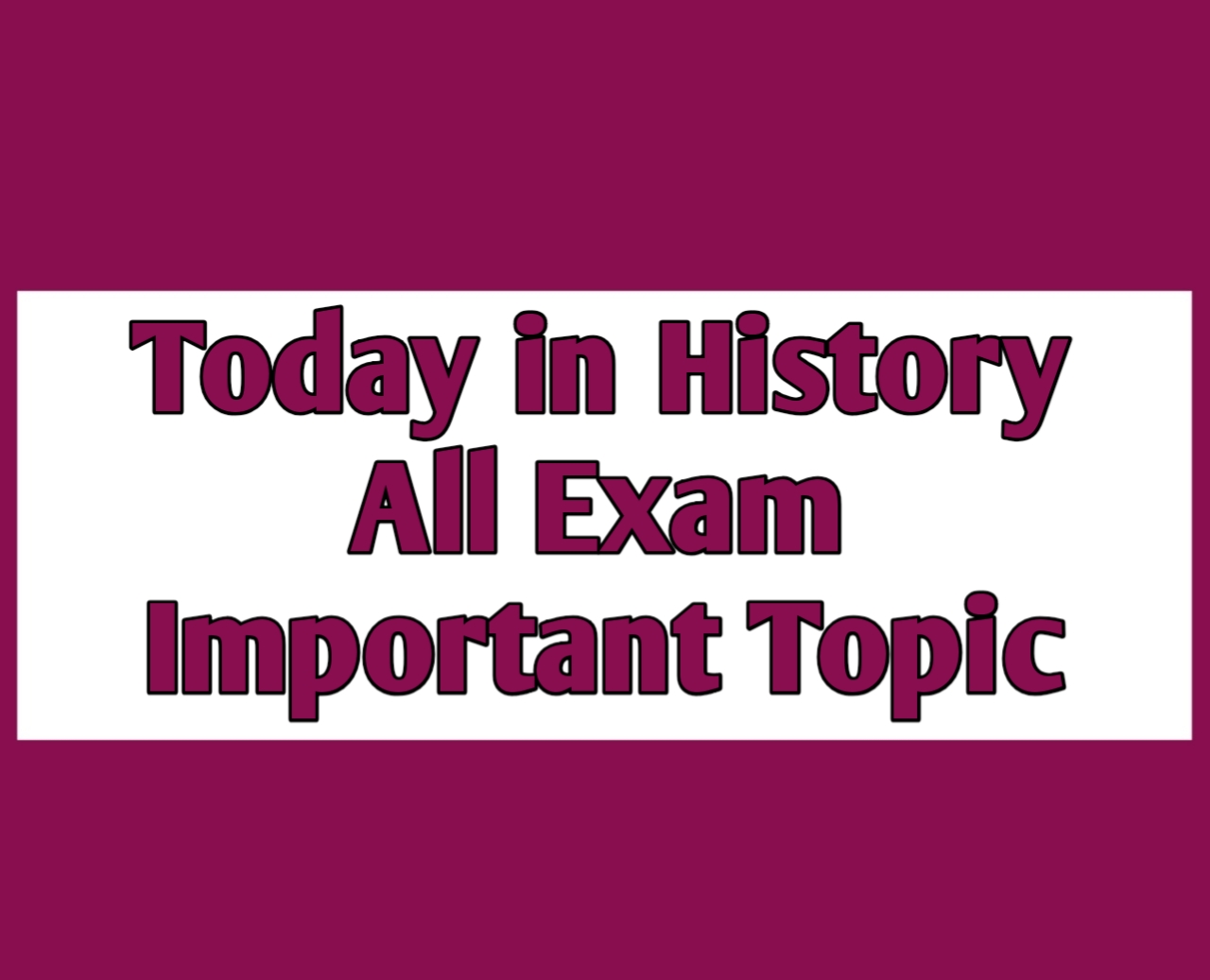 1904 – The world’s largest diamond, the Culian, is found in Pretoria, South Africa. It weighed 2104 carats.

Discovered in South Africa and found in one of the 30.5 carats and two of the 212.5 high quality stones, both are now part of the British Crown Jewelry.

The Queen of Britain has an impressive collection of jewels filled with pearls, rubies, sapphires and sapphires – but she also owns the largest diamond in the world.

Today, the hero is in the Royal Tower of London, a British sovereign. The diamond is not alone there, as the Cullinan Second, along with some small cuts of the original Culinan diamond, is also housed in the Tower of London as part of the Crown Jewels.

190 – Swaraj Day was celebrated for the first time in India

On the same day in 1903, the Indian National Congress declared India as Swaraj. It is one of the three national holidays of India,

Thus there are two Independence Days and Gandhi Jayanti.

131 – Mahatma Gandhi is released to negotiate with the British government during the civil disobedience movement.

190 – India is declared a sovereign democratic republic and the Constitution of India comes into force.

Dr. Rajendra Prasad became the first President of the country

12 – Amar Jawan Jyoti installed at India Gate in Delhi in memory of the soldiers who were martyred in the war.

Arrived at 8.5 am on the 7th Republic Day of India in January 2001 and lasted more than 5 minutes.

The epicenter was reported at 8 km south-southwest of Chobari village in Bhachau taluka of Kutch district of Gujarat (8.212 ° U 20.5 ° E).

The city of Bhuj, which was only 20 km from the epicenter, was largely destroyed.

The quake also wreaked havoc in Bhachau and Anjar.

Thousands of villages in Anjar, Bhuj and Bhachau talukas were devastated.

Millions of homes in these villages, including historic buildings and tourist attractions – were also destroyed.

In Ahmedabad, 20 high-rise buildings were destroyed and a number of people were killed.

A memorial has been erected on Bhujia Dungar to commemorate the victims of the earthquake. It is planted with 12.5 trees dedicated to each person and 108 small ponds have been created in this garden.

Full name. Surasinhji Takhtsinhji Gohil who is famous by the nickname Kalapi, was a Gujarati poet and a king of lathi.

He was born in the royal family of Lathi (Dist. Amreli).

He received his primary education from 18 to 180 from Rajkumar College, Rajkot.

Due to eye problems, political strife and family feuds, English at that time could only be completed up to the fifth standard.

Kalapi has a collection of one and a half hundred compositions from 18 to 1800.

After Kalapi’s death, it was first edited and published by Kant in 1908.

Before that, in the 19th century, Kalapi himself wrote all his poems under the name ‘Madhukarno Gunjarav’.