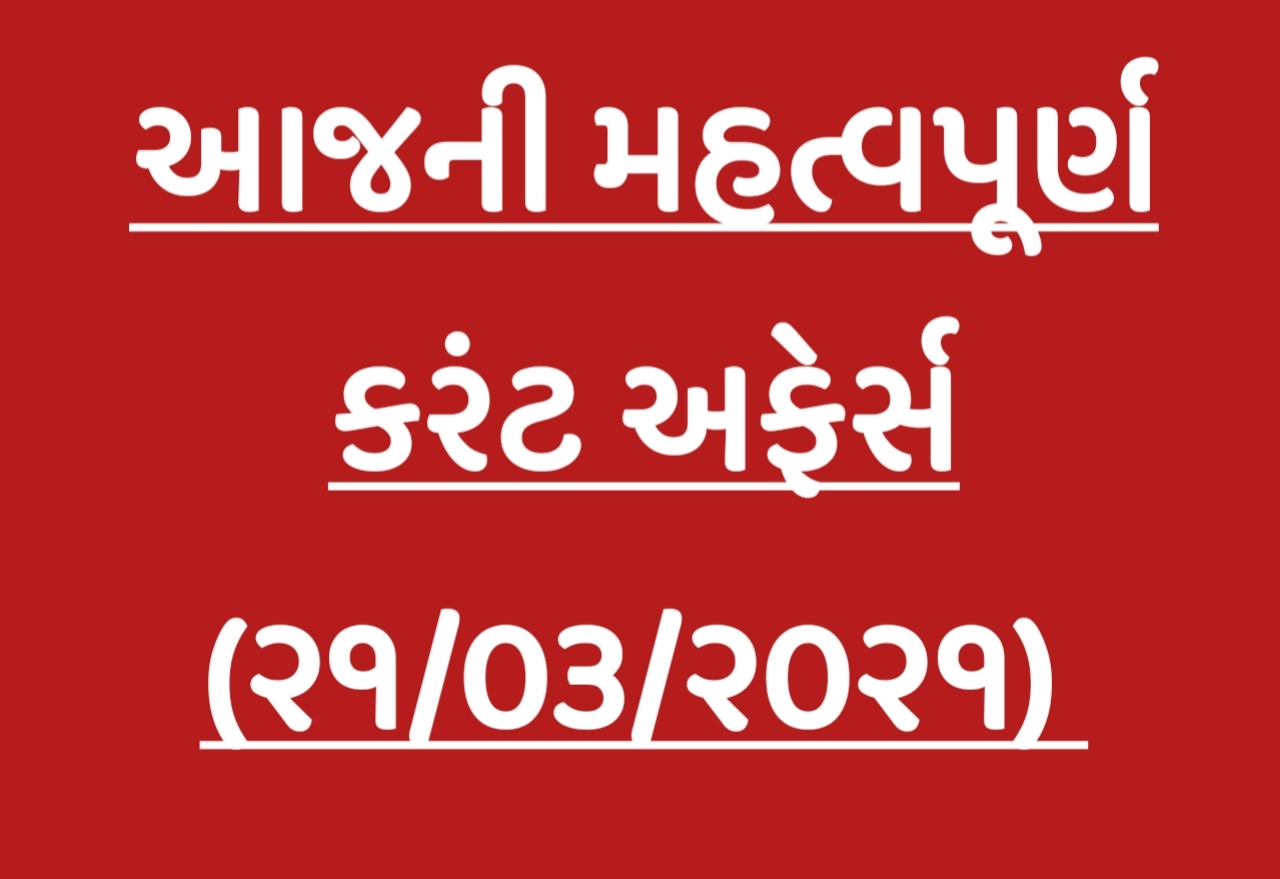 According to the ‘2021 World Air Forces Report’ published by the ‘Flight International’ organization, the country that has the world’s largest military aircraft fleet – United States (second place: Russia)

Global initiative launched by 24 countries and the European Union during the Paris Agreement at the COP21 gathering on 30 November 2015, which focuses on clean energy research, development and demonstration to accelerate clean energy research – Mission Innovations (innovation campaign)

On 20 March 2021, __ withdrew from the ‘Istanbul Convention on the Rights of Women’, which aims to protect women from violence – Turkey

, In association with the British High Commission, released a book titled “Handbook on Ethics for Insolvency Professionals: Ethical and Regulatory Framework” – The Insolvency and Bankruptcy Board of India (IBBI)

As of 20 March 2021, a total of _ states have completed the ‘Ease of Doing Business’ reforms set by the Department of Expenditure – 20

__ approved land acquisition policy on the basis of ‘Value Holding Finance’ (VCF, which is a type of public financing) – National Highways Authority of India (NHAI)

The new chairman of the Council of Chartered Accountants of India (ICAI) for the financial year 2021-22 – Nihar N. Zambusaria

This state government has announced that it is going to establish three Provincial Armed Sepoys (PAC) women contingents in the name of these three women warriors – Rani Avantibai Lodhi, Udha Devi and Jhalkari Bai – Uttar Pradesh